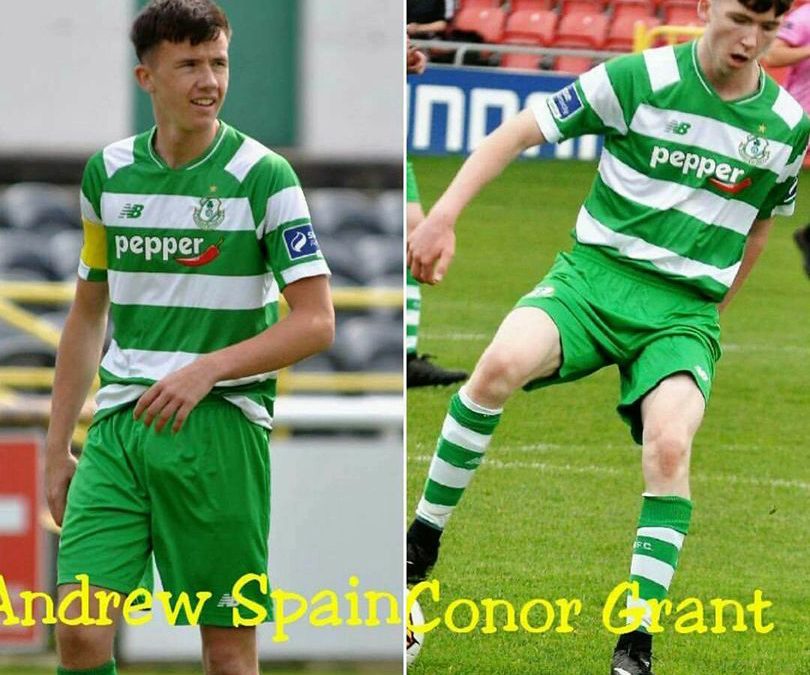 Congratulations to Andrew Spain formerly of Moone Celtic FC who is now playing with the KDUL Academy partners Shamrock Rovers.

Andrew is playing Centre Half on the Shamrock Rovers under 17 team and his Brother Chris is a member of the KDUL Headquarters Under 12 Academy Coaching team.
I am sure that we all wish Andrew the best of luck in the forthcoming internationals.

Hard work, practice and good development at grassroots level can take you all the way.

All the best from all your friends at Moone Celtic.

Manage Cookie Consent
To provide the best experiences, we use technologies like cookies to store and/or access device information. Consenting to these technologies will allow us to process data such as browsing behaviour or unique IDs on this site. Not consenting or withdrawing consent, may adversely affect certain features and functions.
Manage options Manage third parties Manage vendors Read more about these purposes
View preferences
{title} {title} {title}